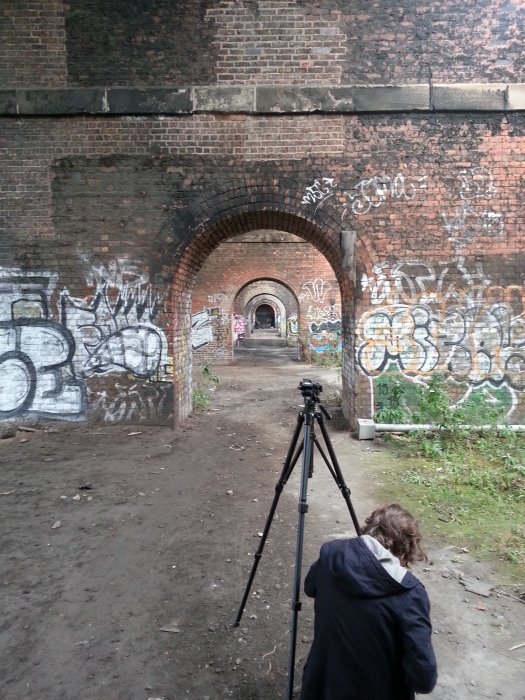 Helping Robert Brown out with a new filming project today

It’s been a busy few months since I last visited this blog. Let me fill you in on the details.

I spent much of October working with other artists: Daniel Bye on The Nine O’Clock News over in Lancaster for Lancaster Arts City’s First Friday programme, and GETINTHEBACKOFTHEVAN for The Live Art Community Musical over at Spill 2014 in Ipswich, which picked up a positive mention in Lyn Gardner’s 4 star summary of the festival.

November was spent working with Greg Wohead on a short R&D project in London, and tweaking a new version of Terminal Ferocity for Mother’s Bloomers, Salford and Cabaret Playroom at The Albany, London. I’ve been trying out a more ‘vivacious and salacious’ approach for this routine, which has been reasonably fun – but I’m actually gravitating back towards the boring. The boring is a big part of me, as much as it pains me to say it, and it feels strange to be making this performance without acknowledging it in some way. So I’m going to be going back to my humble routes and mundane habits; giving the tiger some tawdry grist to chew on.

Now it’s December: the weather is miserable, my last performance date for the year is approaching (Hashtag at Bethnal Green Working Men’s Club) and the calendar for 2015 looks like it could do with some attention. So – see you later!